As you can see by the title there has been 14 Dalai Lamas. Lhamo Thondup was born on July 6, 1935 in Taktser China northeast of Tibet. He is believed to  be the reincarnation of his predecessors and the Avalokitesvara, a deity and the personification of compassion. He is currently head of state and spiritual leader of the Tibetan government, but for now is exiled in Dharamshala, India. He is 5th born in a family of 16 children, 7 of them died early in life. His parents were very poor so that may be a reason for some of his sibling death.  After many years of searchng for a successor for  the 13th Dalai Lama. Religious officials located Lhamo Thondup at age two. They proclaimed him a reincarnation of the 13th Dalai Lama. With this change he took the name Tenzin Gyatso. He began education at age six. His tutor Heinrich Harrer and him stay friends till Heinrich died in 2006. In 1950 Tenzin became a political power this change was short lived. In October Tibet was invaded by China. He tried peace talks but there was continued suppression of Tibetan people. Word had spread that the Chinese government was planning an assassination. He then fled to Dharamshala and started an alternate government.

In September 1987 the Dalai Lama proposed a peace plan with China. In the plan Tibet would be a place for enlightened people to live in a preserved environment. China would be responsible for foreign policy and defense. The plan was declared invalid because of negative leadership in China. Some people would describe him as charismatic. He won the Noble Peace Prize for his non-violient liberation of Tibet in 1989. In through his hard struggle he has never used violient protest. Over the years he has won many prizes from institutions and universitys. All because of peace. 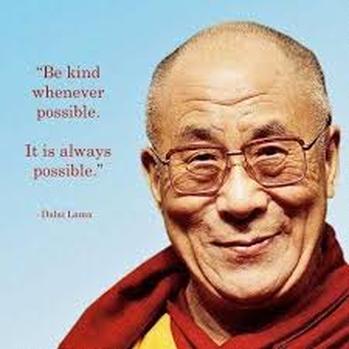